Back to all posts

For some reason this [image below] reminds me of the dream i had this morning before waking at 5:30am. I was the concierge at some bizarre hotel and there were very strange things going on all around me. I didn't have a desk, just a black, carpeted mound on the ground with a platform on top, I could’nt find my backpack but I knew it was under the platform somewhere, buried under the carpeted mound. Somehow i wasn’t allowed to leave the lobby yet I was aware of what was happening in other rooms. People were leaving their bags all around my desk and I kept trying to hide a bong which was on the floor next to me. It was not my bong and I did not know why it was left there.

Most of my dreams take place in very large, cavernous buildings or strange complexes, often involving multiple hallways and doors leading down long, curving stairways into the bowels of the building, much like the underworld of a large theatre complex. Sometimes i am there to play music, but there is always a problem with my gear; can’t find my snare drum or am missing some crucial piece of equipment and can’t set up in time to play. When i first moved to Oakland almost 30 years ago I was driving down a street and had the distinct realization that I had dreamt of the exact same location. I am certain that I did. I dreamt of my first girlfriend in high school before i ever met her and I knew it because it was a sexual dream which perfectly matched her hair, before i even knew what sex was. I also often dream of expansive outdoor locations, a large school complex or a vast cityscape which I usually navigate by foot though it feels like I can travel quickly. They usually have multiple layers and I have the distinct perception they are like two dimensional paintings.

One time I was in New York City, opening for Marilyn Manson and Nine Inch Nails at Irving Plaza, and there was a young couple having sex in the balcony. He was behind her as she leaned over the railing, they were standing. This was not a dream, I was awake and it was real, although the entire evening felt like a dream and still does. I wonder where they are now and if they still feel that passion.
Have an interesting day. Weird is good. 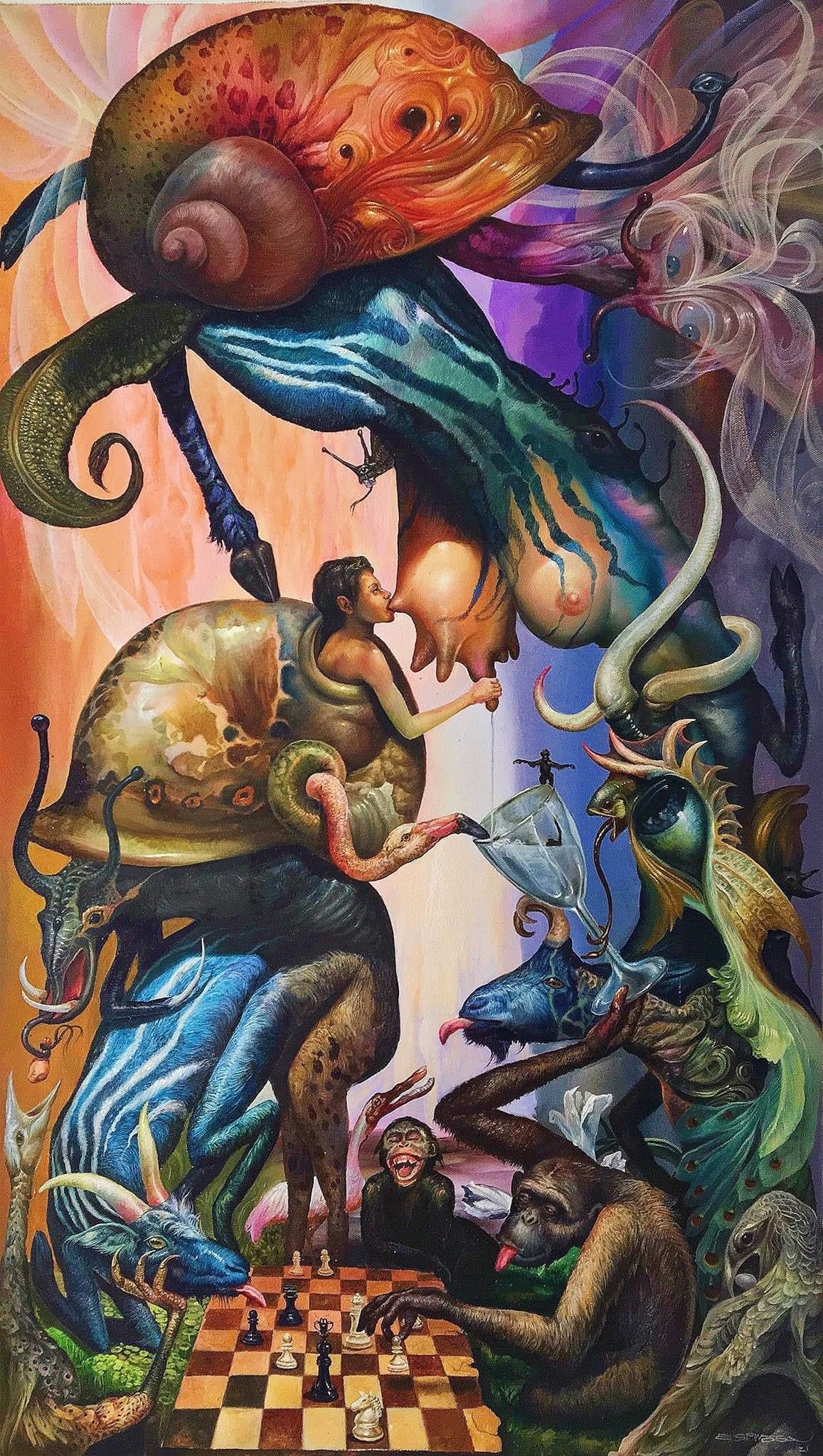